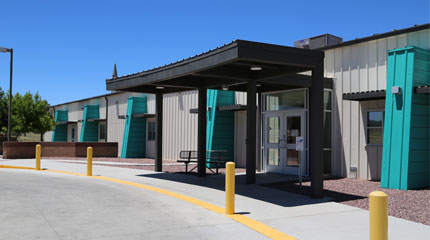 Nahata Dziil Health Center (NDHC) is located near the intersection of Interstate Highway 40 and U.S. Highway 191, approximately 48 miles west of Gallup, New Mexico, in the vicinity of Sanders, Arizona

The Clinic is located within the boundaries of New Lands and the Nahata Dzill Commission Governance, a local governing body of the Navajo Nation. Nahata Dziil whose name in English means “Planning with Strength” has 550 square miles of ranch land which was selected as a relocation site for hundreds of Navajo families affected by the Navajo-Hopi Settlement Act under the Public Law 93-531 and Amendment Act Public Law 96-305.

Navajo families whose land had been partitioned to the Hopi Tribe began voluntarily to relocate into the New Lands in 1987. The Relocation Act funding was issued by the federal government to improve the needs of the relocatees in the Nahata Dziil communities, which included a medical facility. The clinic provision provides services to surrounding host communities, such as Klagetoh, Wide Ruins, Chambers, Houck, Oak Springs , Lupton and Nahata Dziil.

The Clinic was opened in 1988 under the Indian Health Services (Gallup Indian Medical Center). However, in 1999 Fort Defiance Indian Hospital Inc., located in Fort Defiance, Arizona acquired the clinic. The clinic now operates as part of the Tse’hootsooi’ Medical Center network and provides ambulatory care to patients living within the surrounding areas. 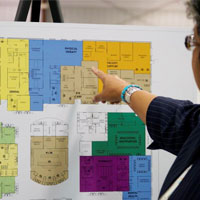 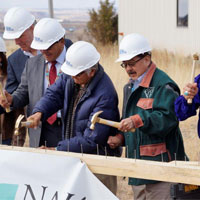 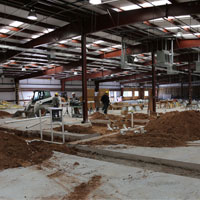